Financing the fight against climate change: Will enough money flow? Will it flow on time? 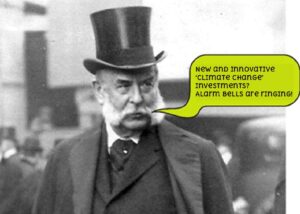 This entry looks at the evolving field of Climate Finance, as 2017 kicks off and the international community focuses in on meeting its 2020 climate finance commitments. We consider the current context, and why there are reasons to be both optimistic and sceptical that the necessary scale of finance is being mobilised.

As is well-known, 2015´s UN Climate Conference in Paris (COP 21) set down the landmark goal of mobilising US$ 100 billion of annual climate finance flows from developed to developing countries, from 2020 onwards to catalyse action to address climate change. This pot of money is simply the tip of the iceberg in terms of the overall climate finance required.

When we mull over the scale of investment needed to mitigate climate change (e.g. overhaul our energy and transportation systems and models) and to deal with its impacts (e.g. dealing with the human consequences of extreme heat and flooding patterns), certain conclusions are unavoidable. First, the scale of finance required is unprecedented and will need to be sustained over the long term. Surely no Government Treasury really believes that it can simply issue a one-off cheque. Second, ‘climate’ investments need to become mainstream: the private sector needs to increasingly see investments in climate-related projects as attractive, low-risk and unexotic.

The issue of whether sufficient private funds are mobilised to develop the necessary low-carbon and resilient infrastructure and systems will ultimately determine whether our response to climate change is sufficient or not. The World Economic Forum estimates, for instance, that by 2020 around US$ 5.7 trillion will need to be invested annually in low-carbon infrastructure. Most of this will come from the private sector. Indeed, considerable sums of private finance have already been mobilised (please see below), but the scale and pace needs to be substantially and rapidly stepped-up.

After COP23, around the world people are asking, with growing impatience, ‘if climate change really is so threatening and urgent, why aren´t we throwing everything necessary at it? If the economic case for dealing with climate change is overwhelming, why am I hearing about the risk that the private sector won’t mobilise itself sufficiently?’ The first issue here is that the private sector, with few exceptions, is wary about investing in ‘innovative climate projects’ and variations on such titles. Discussing investments in terms of their innovative nature is all fine and well, and indeed can help to orientate investors towards the sorts of investments we do need. But such terminology can also set off alarm bells in investors’ ears, because only a certain type of investor actively looks to invest in projects that are completely innovative, that is, unproven, and hence perceived as being higher-risk. Most investors seek opportunities based around technologies and processes that have a solid track record and high probability of giving a certain known rate of return. The paradox is that many managers of private finance would be interested in investing in projects which have a clear climate change mitigation or adaptation benefit, but are put off by the fact that such opportunities are often described as innovative, new, revolutionary. However, having said all this, private sector investment in projects which mitigate climate change is becoming increasingly mainstream as a general trend.

The second factor which may cause the private sector to be slower than hoped-for in getting involved in the sorts of investments we need relates to the issue of Government leadership on climate change. Summarising the status of international Government leadership on climate change is not straightforward, as many dynamics are at work. Nevertheless, certain trends are clear.

The COP22 Conference in Marrakesh (November 2016) capitalised on the strong momentum of countries´ ratification of the COP 21 Paris Agreement, and focused-in on how the Paris Agreement will be implemented. The process of hammering out the details of the financing framework was never going to happen overnight, but the Marrakesh conference also served to show us that the vast majority of Governments are engaged and committed to addressing climate change, through internationally-coordinated, significant and timely measures. Yet the Trump Administration in the United States has ambiguously decided to follow through on its election pledge to pull out of the Paris Climate Agreement. There is little doubt that such a step would damage global collective efforts to address climate change. But the overall message from almost all country Governments has been clear that they view international action on climate change, and the UNFCCC process, as being irreversible, regardless of whatever mistakes a belligerent and cynical billionaire in Washington might make. To add more fuel to the fire, the recent conference of the parties at Bonn/Fiji has not reached a unanimous agreement on financing and has postponed key decisions for COP 24, in Katowice, Poland.

With all this in mind, let’s look at some of the most recent available data on climate finance flows. Keep in mind the figure of US$ 5.7 trillion by 2020 (and each year thereafter) of private sector investment in climate-related projects (source: World Economic Forum).

The UNFCCC´s Standing Committee on Climate Finance publishes, on an annual basis, its assessment of Climate Finance flows. Its latest Assessment Report[1], released in late 2017, highlights that total global climate finance – that is, international Climate Finance from both public and private sources – has shown an overall increase from US$ 650 billion in 2011-2012, to US$ 741 billion in 2014. (2014 is the latest year for which financial flow analyses have been made and published). As the UNFCCC´s report underlines, however, annual domestic public climate finance expenditures were estimated at US$ 192 billion, thereby elevating the estimated annual expenditures from US$ 742 billion in 2011-2012, to US$ 930 billion in 2014. It should be noted that actual financial flows could actually be higher, as important data gaps exist in reporting in the energy efficiency, sustainable transportation, agriculture and resilient infrastructure sectors.

We see that the private sector is already an active financier of ‘climate’ investments, but there is still a monumental gap between the latest figures and what is needed by 2020. Whether the private sector truly steps in to facilitate the scale of investment needed will depend, to an extent, on international Government leadership. At the recent UNFCCC´s Bonn/Fiji Conference, the international community demonstrated an almost unanimous commitment to reaching its US$ 100 billion 2020 target. It’s difficult to know whether this momentum will carry over into solid results, not least due to the important question mark surrounding the future role of the United States, the world’s largest per-capita CO2 emitter. 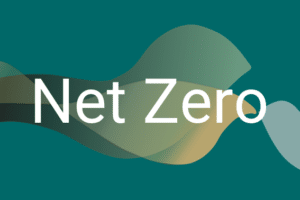 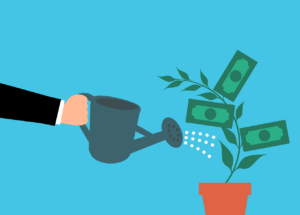 Finanzas climáticas: How green are you?